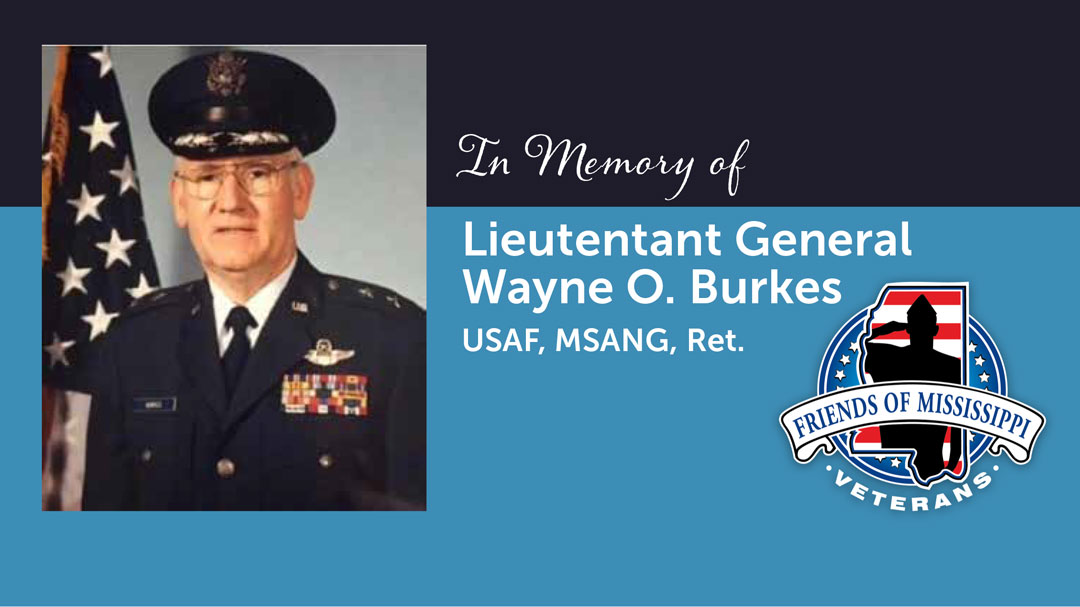 On Tuesday, May 5, 2020, Wayne O. Burkes passed away peacefully at the Mississippi Veterans Home in Kosciusko, MS. Wayne (as his friends called him) was born December 6, 1929 in Neshoba County North of Philadelphia, MS and raised on the family farm. He was preceded in death by his parents Dewitt T. Burkes and Cleo Gentry Burkes, first wife Ruthine Ferguson Burkes, his brothers Winford, Willard, Wausie, Billy Joe, and Tommy. Wayne graduated from Arlington High School, East Central Mississippi Community College and continuing to Mississippi College earning a B.A. and M. ED and LL.D. He received his Master of Divinity from New Orleans Baptist Theological Seminary. He also did graduate studies at the University of Southern Mississippi. Wayne was an active alumnus of Mississippi College for many years being awarded the Order of the Golden Arrow and the Mississippi College National “M” Club Distinguished Service award for his contributions to his alma mater. After receiving his Master of Divinity and being ordained as a Baptist minister, Wayne served several churches in mid Mississippi ending with 24 years as a bi-vocational pastor of the Bolton Baptist Church. In retirement he continued to serve those churches officiating at weddings and funerals and counseling his many friends and serving as a visiting minister. He served as a trustee of Baptist Hospital Systems, was a member of the Mississippi Baptist Convention Board, served as a local deacon being active in First Baptist Churches of Clinton and Jackson. He began a long military career with service in the Mississippi Air National Guard. He served two tours of active service in the United States Air Force during his long distinguished career. Wayne is a graduate of the Air Force pilot training school, Industrial College of the Armed Forces, and the Air War College. While serving with the Air Guard he attained over 7,000 hours of flight time in eight different aircraft serving as a command pilot and achieving the rank of Major General and retiring as a Lieutenant General with 38 years total service. Wayne worked tirelessly as an advocate for Mississippi veterans serving on the Mississippi Veterans Affairs Board, as chairman and on various committees. He was a life member of both Veterans of Foreign Wars and the American Legion and also Military Order of the World Wars. As a member of the Mississippi Veterans Board, he was instrumental in the construction of the Mississippi Veterans Cemetery at Newton, MS. As Wayne’s health declined he chose the Veterans Home in Kosciusko for continued care. In honor of his long service the chapel there has been dedicated in his honor as the Wayne O. Burkes Veterans Chapel. The family would like to recognize and thank the staff and administration for the excellent care Wayne received. Wayne Burkes began his long career as a public servant as a teacher, counselor and administrator at Hinds Community College. He held membership in Phi Delta Kappa and Kappa Delta Pi professional educator’s societies. In 1976 he was elected to the MS House of Representatives serving for 4 years. In 1980 he was elected to the MS Senate serving for 10 years. In 1989 Wayne was elected Central Mississippi Highway Commissioner serving until being appointed by President Clinton to serve an unexpired term on the U.S. Surface Transportation Board. While in Washington he attended and graduated from the Transportation Executive Institute at the University of Virginia. Returning to Mississippi he continued to serve and be an advocate for veterans. In 2014 Governor Phil Bryant presented Wayne Burkes with The Mississippi Distinguished Civilian Service Medal for his long distinguished service to the people and veterans of the State of Mississippi. Wayne Burkes was surely a busy man and his wish was to have been able to do more for others. As a humble man not seeking accolades or awards, at his wish, only the highlights of his long service are listed here.